Can we have green schools?

The greening of schools offers a unique opportunity to address these issues
and is an extraordinarily cost-effective way to enhance student learning,
reduce health and operational costs and, ultimately, increase quality argues
the Green Building Council of South Africa (GBCSA).

In the commercial property sector, green buildings have lower operating costs, are more efficient, futureproofed, provide a higher rate of return on investment and have been shown to promote wellness, healing
and productivity.

To Build magazine recently spoke to insulation retrofitting business, Eco-Cape, about some school projects they’ve been involved with.

According to insulation installer, Richard Ellis, the situation at the Durbanville Preparatory School was Brain Wilkinson typical of many public infrastructure buildings in South Africa. Originally built during times of cheap power  supply, scant attention was given to thermal/energy efficient building under tight construction budgets. ‘Solving the school’s problem of excessive and expensive electricity consumption of air conditioners lay in reducing reliance on active temperature control interventions during seasonal temperature extremes. It also meant preparing for possible load shedding, very much part of the South Africa’s future given the cutbacks on Eskom’s planned infrastructure upgrade spend this year as the grid nears capacity,’ Ellis explains.

Positive outcomes came from this forward planning. ‘Award-winning ceiling insulation, Eco-Insulation, was recently installed under the roof, covering an important area of the school’s ceiling,’ he adds. ‘Schools are increasingly seeing the benefits of going green through energy and water saving initiatives in the face of spiralling utility costs,’ notes Brian Wilkinson, CEO of the Green Building Council of SA (GBCSA). ‘However, there’s a lot more that can be done and schools must be educated about the benefits.’

The start of the New Year is a time that many schools face the stark reality of a lack of funding and infrastructure problems, often with a bigger number of learners to cater for. 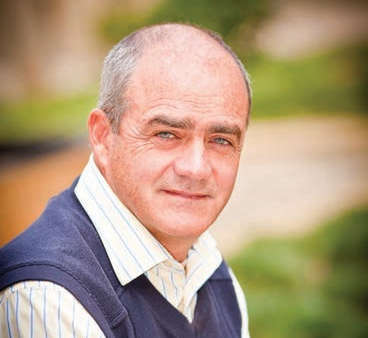 ‘This is an opportune time for school leaders and governing bodies to look more seriously at the benefits of green initiatives. While the main benefit may be cost savings, there are other positive outcomes, including promoting ‘going green’ to learners in their formative years. Like businesses in our primary market – the commercial property sector – financial management has become a key responsibility for school principals, staff, and governing bodies who, at times, have very few options at their disposal,’ Wilkinson adds.

Research and reports on the state of schools in the country reveal a lack of funding, poor infrastructure, inadequate equipment and often the dire state of school property, buildings and playgrounds.

Via a recent domestic residential energy saving project, the GBCSA demonstrated how an astronomical R18 000 saving in utility costs (the bulk of which was electricity) was achieved at an average family home in Pinelands, Cape Town, that undertook a green makeover.

‘Imagine that R18 000 in the life of a poorly resourced South African school,’ suggests Wilkinson. 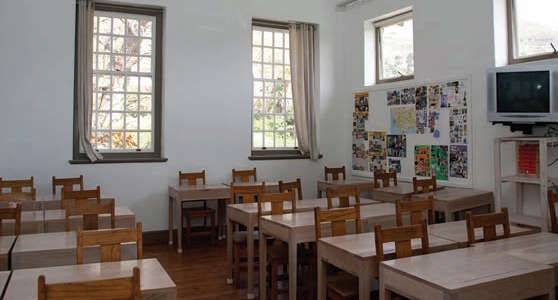 Left: A classroom at St Cyprians school for girls. Eco-Insulation was retrofitted there following a refurb of the school by Noero Wolff Architects and specified by Riverside Consulting, quantity surveryors.

‘Via our green network, we have found that there are green solutions that schools can implement to help them tackle their pressing budgetary needs. The benefits go beyond savings on utility costs at schools. Positive lessons the learners get to absorb through their exposure to green alternatives at school creates an all-round win-win situation. Green initiatives should be implemented at even more schools countrywide. In particular, public schools need to be empowered to be able to implement such initiatives, as many grapple with the dilemma of reducing their operating costs. ‘As part of our mandate to not only promote green building development and innovation, but also sustainable development, our team engages with the commercial property sector as well as public services. Many schools are already seeing the benefits of their green initiatives,’ Wilkinson points out.

In Wilkinson’s opinion, the GBCSA’s key motivator and initiative is the fight against global warming, climate change and the effects that each of these have on the planet. However, it does not begin and end with the commercial property sector. Schools and centres of learning should be encouraged and assisted to provide prime opportunities for their inhabitants to not only do well academically but also to benefit environmental sustainability.

WHY DO YOU NEED ECO-INSULATION THIS SUMMER

We are Gapping it!

This is Pelican Park, near Zeekoievlei, Cape Town, where we were fortunate enough to be awarded with a contract...

Developers and project managers in the various housing sectors are increasingly seeking one-stop solutions to meet the requirements of...

With Eco-Insulation, the developer can add the following benefits to the new home, without breaking the bank to do...

THE BRAND WITH A REPUTATION

Eco-Insulation, the brand, has developed a great reputation among retrofit clients and developers of new projects, as can be...

Your favourite green brand, Eco-Insulation, is the perfect retrofit option due to its unique method of installation and minimal...